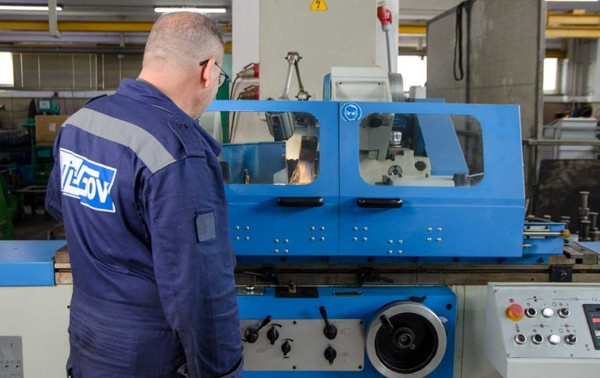 Why choose an independent supplier?

Who is considered “independent”?

We define as independent a company that is now partially or wholly owned by a major engine manufacturer and is not under an exclusivity agreement, making it impossible to cooperate with other businesses. Nevertheless, even if a company is related to a major engine manufacturer (e.g., distribution agreement), it is still considered independent because of the differentiation between manufacturers and suppliers. Injegov SA is a manufacturer of spare parts with qualified engineers and personnel and workshop facilities and a supplier of spare parts offering distribution and supply. In addition, we offer repairs, spare parts, reconditioned parts, and technical services.

To conclude, for businesses that rely on spare parts and services, choosing to cooperate with an independent company is advantageous. Combining Injegov’s top-quality spare parts with our wide variety of services in maintenance and repairs into complete solutions can bring considerable benefits to your machinery lifecycle and, thus, to your company.

Injegov as a leading spare parts supplier cooperates only with the best. We are the sales partner and authorized distributor of world-class diesel and gas engine parts manufacturers.
We focus on quality, offering to our customers’ competitive commercial terms with minimum lead times, and take the risk out of the spare parts supply procedure.

We use cookies on our website to give you the most relevant experience by remembering your preferences and repeat visits. By clicking “Accept All”, you consent to the use of ALL the cookies. However, you may visit "Cookie Settings" to provide a controlled consent.
Cookie SettingsAccept All
Manage consent

This website uses cookies to improve your experience while you navigate through the website. Out of these, the cookies that are categorized as necessary are stored on your browser as they are essential for the working of basic functionalities of the website. We also use third-party cookies that help us analyze and understand how you use this website. These cookies will be stored in your browser only with your consent. You also have the option to opt-out of these cookies. But opting out of some of these cookies may affect your browsing experience.
Necessary Always Enabled
Necessary cookies are absolutely essential for the website to function properly. These cookies ensure basic functionalities and security features of the website, anonymously.
Functional
Functional cookies help to perform certain functionalities like sharing the content of the website on social media platforms, collect feedbacks, and other third-party features.
Performance
Performance cookies are used to understand and analyze the key performance indexes of the website which helps in delivering a better user experience for the visitors.
Analytics
Analytical cookies are used to understand how visitors interact with the website. These cookies help provide information on metrics the number of visitors, bounce rate, traffic source, etc.
Advertisement
Advertisement cookies are used to provide visitors with relevant ads and marketing campaigns. These cookies track visitors across websites and collect information to provide customized ads.
Others
Other uncategorized cookies are those that are being analyzed and have not been classified into a category as yet.
SAVE & ACCEPT